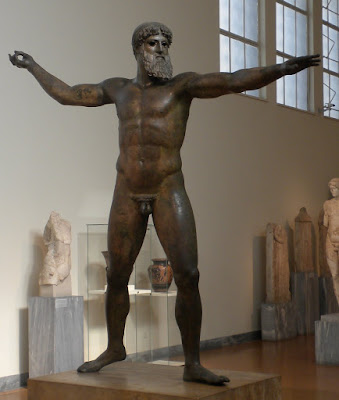 This two meter high bronze statue of Zeus or Poseidon dates from about 460 BC and was found in 1928 at the bottom of the sea north of the Greek island of Euboea. The god is throwing either a thunderbolt or a trident, giving reason for the debate about who is depicted in the sculpture. 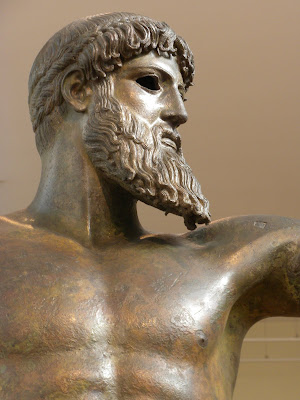 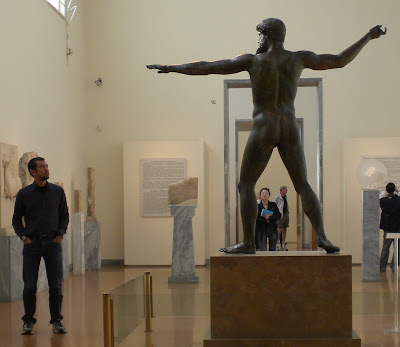 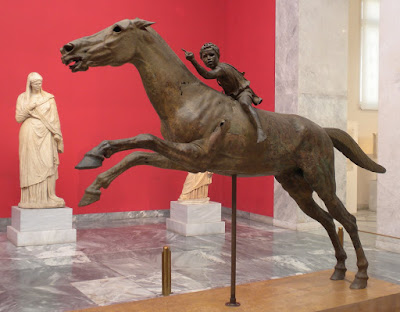 This two meter high bronze statue of a horse and a young jockey, made about 140 BC, was retrieved in pieces from in the sea in 1928 and 1937. It depicts a young jockey, probably African in origin, that would have held the reins of the galloping horse in his left hand and a whip in his right. 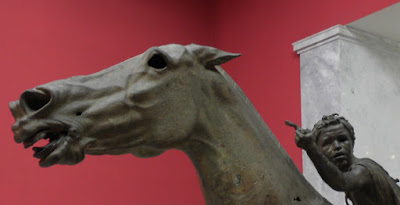 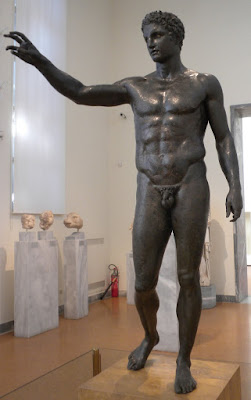 Found in 1990 in an ancient shipwreck on the sea floor off Antikythera, south of Peloponnese, this Bronze statue of a youth (340-330 BC) has been identified either as Perseus, who would have been holding the head of Medusa, or, more probably, as Paris, with the “apple of Strife”, ready to award it to the most beautiful goddess, Aphrodite. 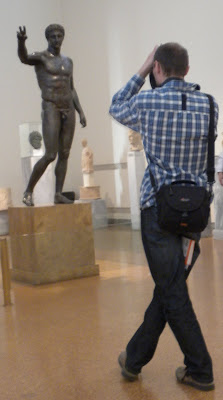 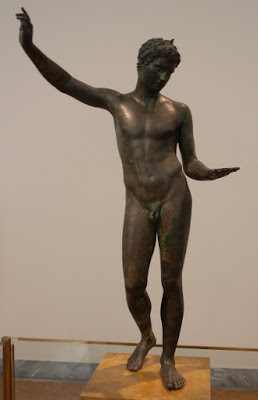 This bronze statue of a young athlete (340-330BC) was found in the sea off Marathon, Attica. The statue probably depicts the winner of a contest, as is suggested by the band on his head which ends in an upright leaf above the forehead.
Posted by AMOROMA at 11:35 PM

AMOROMA
Rome, Lazio, Italy
My journey began in San Clemente, California and continued in New York (actually Hoboken, NJ) until I came to Rome in the summer of 2007. This fascinating city is now my home.

These are people who are checking out this blog!